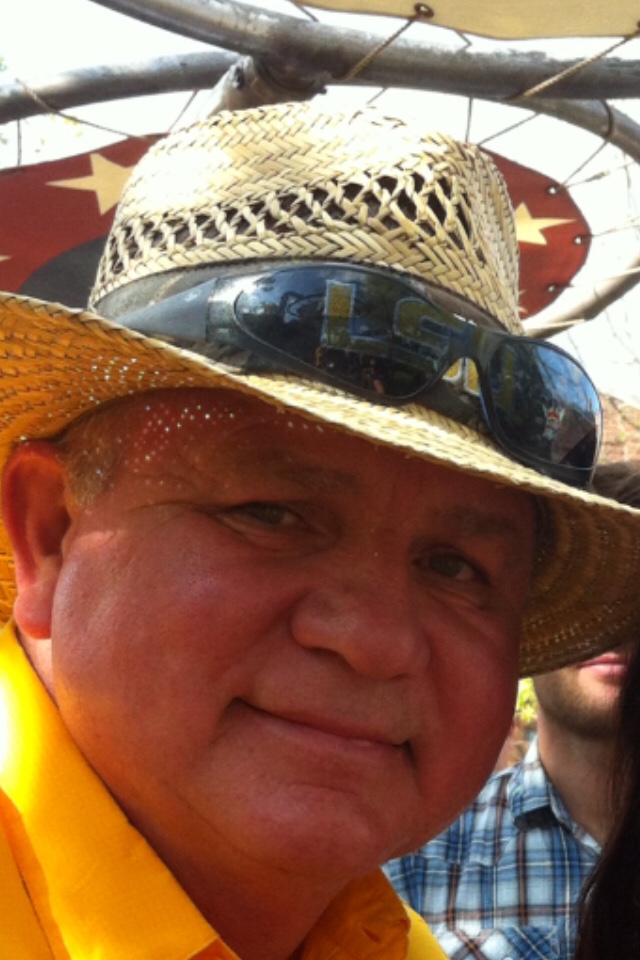 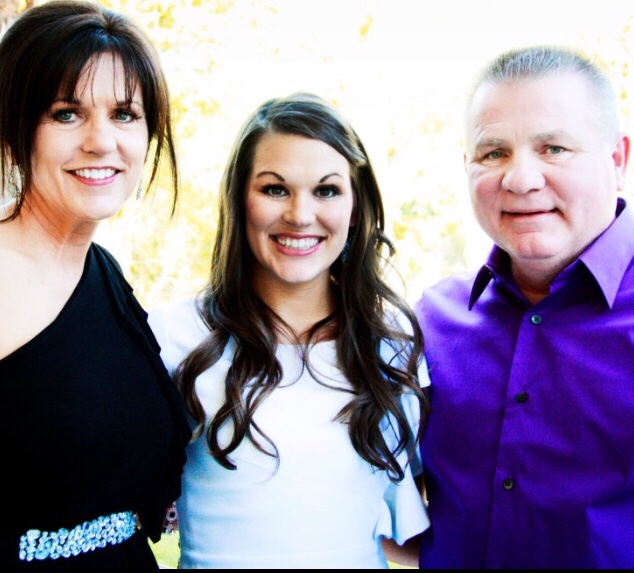 There aren’t enough words to accurately depict the man my dad was and explain so many stories of the different people who were impacted positively by him. I will do my best to sum it up but I know I can’t do enough here. My entire life my dad was such a fun dad for us to be around. He literally did cheerleading stunts with me and my friends, he coached my softball team growing up and his primary goal was just to be the encouraging voice for us all. He was the leader in the house but also the soft one, the shoulder to cry on and most importantly my biggest fan. There was not a day that went by that he missed the opportunity to tell me and my sister how proud he was of us or how much he loved us. There was a point in my life where I found that totally annoying, but as I aged, I realized just how lucky I was to hear that so much even if it  possibly annoyed me. He was always so big on our attitude and we were never allowed to say “Can’t” in his house and if we were in trouble, our punishment was to recite “My Attitude” because clearly we needed to work on it! My most fond memory is my dad’s sense of humor, total 7-year old boy potty jokes type of stuff! My friends know that of me now but he is where it all came from! I love a potty joke – and I don’t mean bad words, literally real potty jokes!

In his last few years, his mother’s life was spared by a miracle from God. That single moment impacted my dad so much that he became even more devoted to our Lord. He made it his role in life to witness to everyone he could. His spiritual life grew so much and he was truly doing God’s work. We all learned so much from him in this time and I know my personal relationship with our Lord grew so much because of my dad’s influence.

It was March 16th of 2013, Brandon and I were just about to celebrate our one-year anniversary. We attended a wedding of a childhood friend of mine and my parents were also there with us as they had been close friends with her parents for years. We had an absolute blast that night. I can vividly remember dancing on the dance floor with my dad. We were doing dance moves as if we had rehearsed them together! This was common for us along with my sister. My dad would shout out a move and we would follow his lead. Usually going with “step-ball-change” the most. Something important to mention is that my dad had some moves! His mom had enrolled him in dance as a young child along with his brothers and sister and they were all pretty talented! This night is a memory that I will cherish forever and I never knew it would be one of my last with him. What I would do to go back and do it all just one more time! 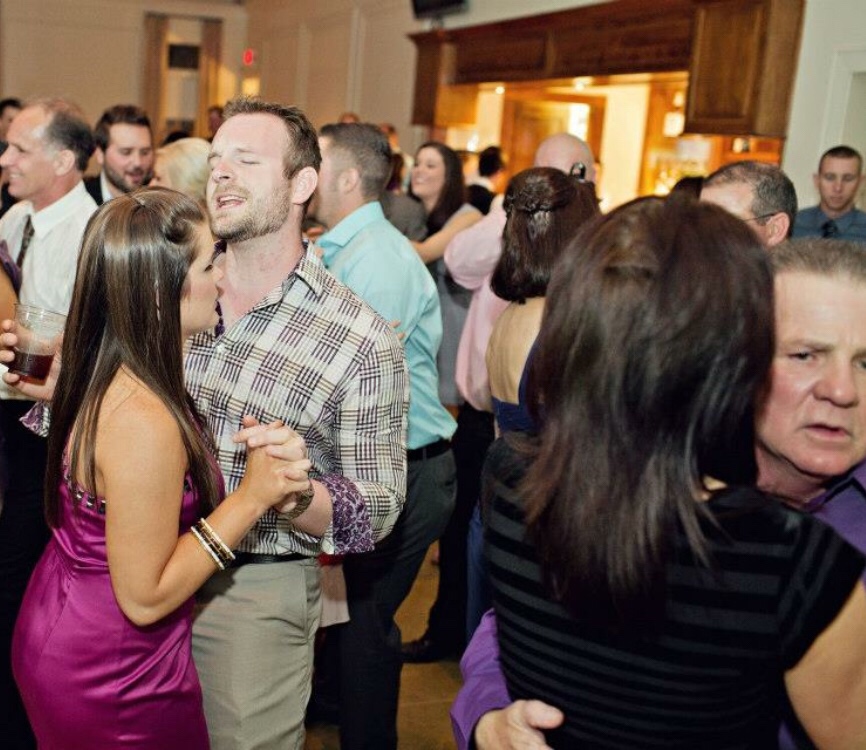 Brandon and I went to Vegas and had a wonderful trip there filled with lots of fun and luckily no money lost! When we returned home, we had our parents, siblings and his best friend over for cake to celebrate. It was a good night for all of us. 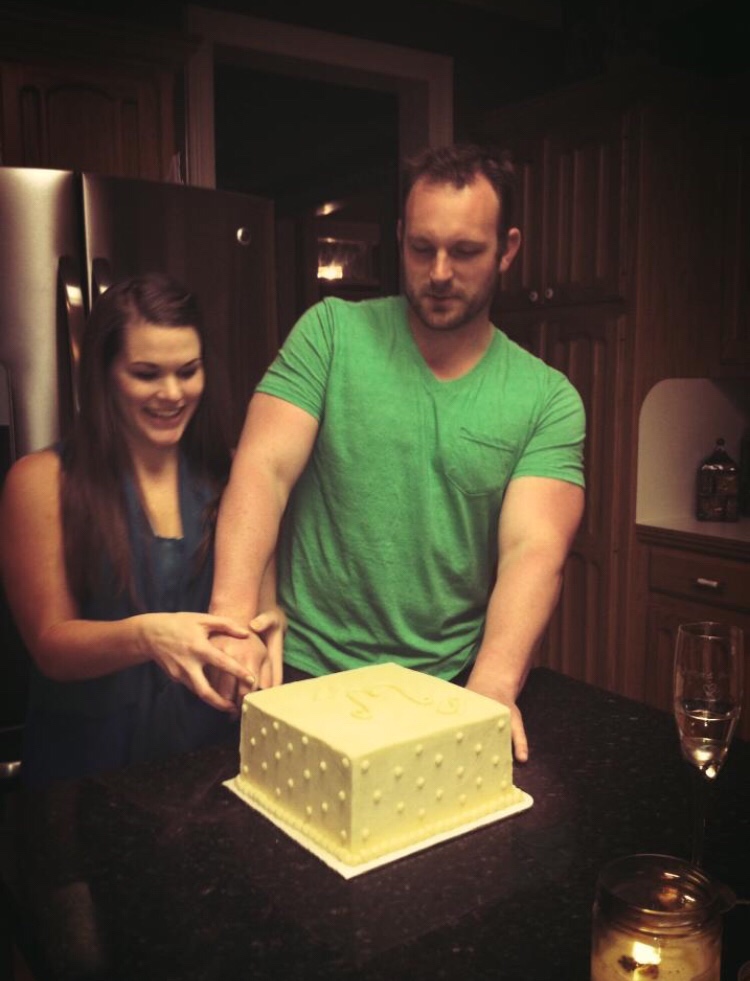 On Saturday, April 6th 2013, my dad stopped by our house. I was in the back working hard to clean the Jacuzzi tub that I despised so much. I had bleach in the water and I had hot water in it, I had just turned on the jets as he walked in and water went everywhere!We giggled a little, but I was really stressed about the grout getting bleached out so I panicked! We shut the jets off to realize I didn’t point them down in to the tub, but they were all going in every which way but the right one. He of course helped me clean up the mess and I was so grateful!

A little while later, a conversation took place between my dad and Brandon, unbeknownst to me, and in that conversation my dad may have said the most important thing to Brandon that he had ever said. The bigger reason to this will unfold later, and you will love it. But for now, he said, “Just make sure you always take care of my baby girl.” My dad left not long after to return home to my mom and everything was perfect in our world.

Sunday, April 7th 2013, is a day I will never forget. Even though I choose to celebrate the beautiful memories, like the ones I just shared with you, instead of talk about the tragedy that this day brought. We suddenly and unexpectedly lost our hero, our spiritual leader, our loving father and my mothers love since she was 14 years old. We were in the emergency room conference room and we were surrounded by so many loved ones, waiting for the news. We were completely blindsided with, “Mrs. Gros we worked as hard as long as we possibly could on your husband, but…” and no one heard anything else. These were the most life shattering words I had ever heard. My husband grabbed me, my brother in law grabbed my sister, and luckily Mrs. Tracy, one of my mom’s best friend’s and my own best friends mother was there for my mom. We didn’t even realize that all happened that way, until it was told to us later. The room was quiet with softer cries being heard when my mom, the strongest woman I have ever known spoke up and said, “Girls we are going to be ok. It is going to be OK.” The same woman who is broken on the inside was able to compose herself to give encouragement to her grown daughters. I’ll never forget the way that made me feel. It was like in a matter of two seconds, we all also believed we would be ok.

In the days to come we had to make lots of plans for my dad’s service. My sister and I along with my husband decided we would all speak at his service. I knew if we could muster the strength to do it, we could encourage others, like our mom encouraged us, that we would all be ok.

When we left the funeral home one day that week after we had planned everything my sister, almost 28 weeks pregnant, was walking out of the funeral home and she was smiling. I asked her why she was smiling, and she replied, “I just got to see Dad again.” I let her know that just that simple smile in a moment like that gave me such a sense of peace and she was so encouraging to me. The three of us girls drove back to my parents’ house in my new car and we turned up the radio and rolled down the windows as we rocked out to some good ole classic rock! It was a moment we all knew Dad was so proud of us. We were smiling, laughing and singing! It was literally perfect!

The service ended up being a bit odd as it wasn’t what we are all used to, but we enjoyed the giggles that came along with us walking behind the preacher who was holding the bible in the air talking really loud. It was quite the spectacle and we were so uncomfortable but my mom, my sister and I couldn’t help but giggle. The preacher was a man that worked with dad so we thought it would be better to have someone speak who knew him directly, and well, we were not let down!

We held his service on the Saturday after he passed and the following Monday my mom was ready to go back to work. I’m sure it had a lot to do with helping get her mind off of the obvious. So my sister and I followed along and went back to work as well. The crazy thing about all of this was that we all had to see each other every single day to help get through this time in our lives. We all relied on one another so much, that when one of us was down the other two were strong, motivating and encouraging

During this time, I managed not to question God but just to tell myself not to be selfish, after all my dad was home, our real home and I would see him again. In all of this I learned that I was no longer afraid to die (no, of course I don’t want to) because I knew my dad was there and how amazing it must be. I prayed so much in those first few months and Brandon prayed out loud for us nightly because I couldn’t always find words. Nights were particularly hard for me and I found myself very emotional. When the moments would get hard I asked God for help. My prayer was, “God I cannot handle this right now, but I know you can. I’m asking you to take this away from me because you can handle it ALL.” And in those moments I would have an immediate sense of relief.

As we all looked back on this time, from the moment God spared my grandmother until the weeks following Dad’s passing, we realized just how perfect God’s timeline is! My dad’s life was impacted so much from this that it pushed him forward in his relationship with our Lord. In turn he influenced us all to have a better relationship with God. We always knew Dad was doing God’s work, but we didn’t always know just how God was using Dad. Now it’s clear as day, that was all preparation for us to accept the loss of Dad on this earth and the welcoming of him to Heaven, our eternal home.

Brandon wrote a letter to my mom after Dad passed and he wrote “I know when Mr. Mark got to the gates of Heaven, God looked at him and said, ‘Well done my good and faithful servant.'” We all knew that Dad’s work here on earth was done, but no one could have expected just how important it would be knowing that he is in heaven. However, in two short years we would find out when we saw more of God’s plan unraveling.

Stay tuned as I unravel more of our story by revealing the whole purpose of my blog. I hope you have all enjoyed.

Don’t be afraid, for I am with you.

Don’t be discouraged, for I am your God.

I will strengthen you and help you.

I will hold you up with my victorious right hand.